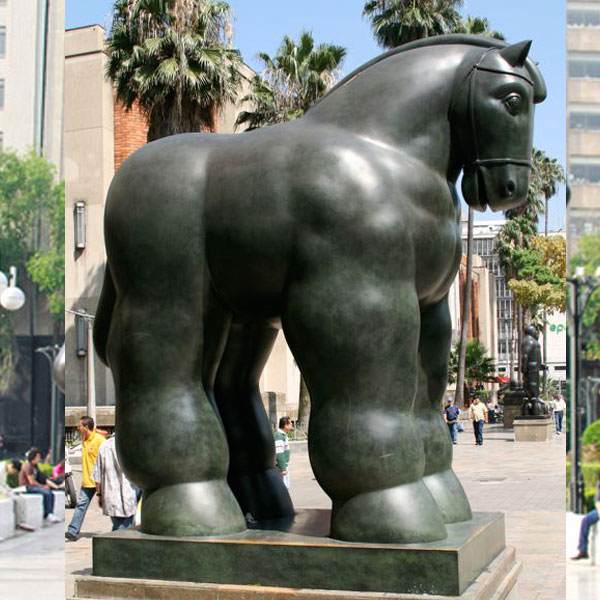 Fernando Botero Angulo (born April 19, 1932) is a Colombian representational artist and sculptor. Born in Medellin, his signature style, also known as “Boterismo”, his sculptures depict figures and animals that are large and exaggerated, can represent political criticism or humor, depending on the work.

Fernando Botero Angulo is considered the most recognized and quoted living artist in Latin America, and his Fernando Botero Angulo’s art, especially Fernando Botero Angulo horse statues can be found in conspicuous places around the world, such as the New York Park Avenue and the Champs Elysees in Paris. Plaza Botero fat horse sculpture is a popular gathering point for travelers. The swelling and slight spherical body and legs make the famous bronze casting botero fat horse sculpture very eye-catching, giving a strong visual impact and giving me something that can only be described as a highly “Trojan horse”.

Be the first to know about our daily sales

Please fill in the complete form below, we could provide more information, including design, quotation, transportation, installation and so on. Thank you.